Your goal is to destroy all buildings at the mission and defeat all Bosses. One combat operation includes 5 levels and 1 boss mission. The aircraft is going to lose altitude with each descent, so be cautious! The bonuses, which are randomly placed on different floors of the buildings, are going to help you or hinder you during the bombardment process. If you find such a Bonus Crate, try to hit it before it’s gone. If a bomb hits the Crate, you get one of the 10 bonuses.

Pay close attention to the bomb container level – you may run out of bombs at the worst possible moment! You are going to get the Stars of Valor during the flight. They are very important for the game and aren’t to be ignored. Stars bring you closer to victory! You may receive them for:

1 star – bring down 10 storeys without a single miss

2 stars – blow up all the storeys

The enemy General  always hides in different buildings and noone knows where is going to be next time. He’s not going to wait for a bomb to squash him and will most probably run away, so don’t miss him!
Upon getting 3 stars for a combat flight operation you automatically get an upgrade to the aircraft used in operation. It total you can open up 5 upgrades.

Obtaining Stars isn’t mandatory but helps a lot in the final Boss fight. Besides, you’ll have to finish any level in the current mission, get 3 Stars and the first aircraft upgrade – the Key (without it the Boss can not be reached). And the next level will remain blocked if you have no Stars earned.

Good luck on your missions, pilot! Have a steady aim, earn the Stars, defeat Bosses, get Achievements – it is all yours to have!

Windows XP and above.

Buy our games on Steam! 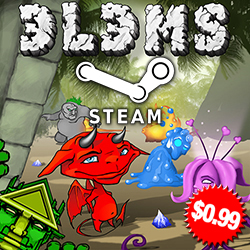 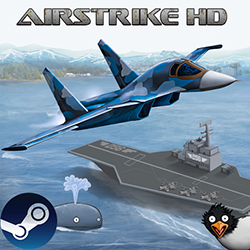 Get our games on Google Play!
Go to Top